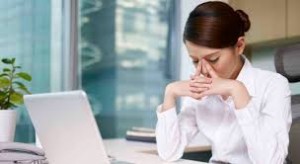 It’s not just YOU.

I was having Lunch today solo. Eating a fine example of a Lebanese plate, with a glass of freshly squeezed lemon juice. Nice. I was eaves-dropping on these 4 young guys having a conversation about work. All of them were saying they were overwhelmed and over-extended at work.

When I talk to my partner about her work, she says the same thing. She says that her boss and supervisor are asking her to do stuff which is ludricrously pedantic in its detail and accountability.

When, teaching last month, I was at a school for a randomn day – I was asked to come in and give a seminar on Creative Writing for Year 12 students before they sat their exams. The Head Teacher told me that she is having to do more paperwork now – than ever before. And she had been a teacher for 30 yrs. She said most of the fun of teaching had gone, because she has to do a crazy amount of reporting and accountability gobbledy goop. She says most of this New Stuff has no impact on the kids – its just greasing the careers of the ambitious administrators at the top. Sound familiar?

Same with the lads having lunch. They said that the craziest thing at work now is that they aren’t allowed their own rubbish bins at their desks, because of cost-cutting. They said some workers brought their own in from home. NO BINS AT WORK. “Are they kidding?” Evidently not.

Two friends of mine are ex-corporate types that were carving out a career in London. Both professionally qualified and both committed to their careers more than a family. One was asked to go on holiday and when she came back she was asked to stay on Holiday permanently. Just like that. And she was at the top of her game.

YOU SEE THE WORLD HAS CHANGED.

The idea of the past – in terms of employment – is finished. People no longer get permanent jobs. And they are being asked to work twice as hard for the same money with much less promise of a future.

What do you Do?

Build your own Online Business. Don’t know how to start or what products to sell or how it is even possible?

Click Here to get a FREE 7 Day Video Series in having your own Thriving Online Business.

We are in the age of the entrepreneur. You can build a business with a Laptop from home and get about the same security as YOU have at Work. Except with this you have the ability to scale your income. 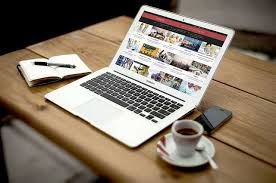 1 thought on “Everyone is Overwhelmed”