It is safe to say that the World can now Really Change.

“Mr & Mr…” will be checking into hotels and motels all across America tonight. 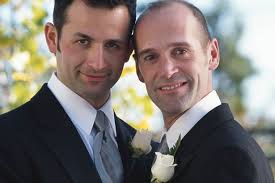 Really, this is no different to Women getting the Vote. Or Indigenous people getting a formal apology from their Australian Prime Minister. Of course this does have consequences we don’t quite know about yet and I am not married so perhaps I can’t really say the impact this has on the institution of marriage, but for me this is no less important than the events mentioned above. For a Gay couple in America this is like – no exactly – like saying you are as valid as any heterosexual couple. YOU are EQUAL. Very hard to find fault with that, in my book.

We live in a world that martians could well deem, is going mad. Sufferings of the human race are everywhere. The divide between the rich and the poor gets bigger and bigger every day. Wars and violence continue everyday because of Intolerence – partly because of not really knowing what it is like to walk in another’s shoes. Well today, America has joined Ireland in galvanising global recognition and implementation of Gay Marriage.

There are so many problems we can’t fix. Right away. We can’t fix the climate overnight. We can’t make peace in the Middle East. We can’t give most people job security overnight – Well not overnight at least! But this is one thing we can change. In one court decision. A major step towards true equality. True fairness.

BUT – some would say this isn’t fair to Christians that intrinsically believe that the sexual union between anybody other than a man and a woman is a SIN. And that those that live outside heterosexual bedrooms are lving in SIN and need to apologise for that and repent under the eyes of the God. This is the only way to heaven. 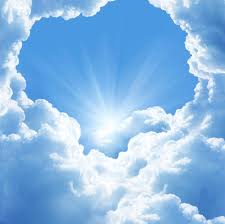 So is this is a divide between Christianity and the Gay world? Most probably yes. America is the most fundamentally Christian country I have ever been to and one can only imagine some troubles to come.

People may still reject Gay Marriage. Will pastors in the South grant legal union between homosexual and lesbian couples? Some will probably refuse. Will there be marching in the streets? Protests at real life weddings. Probably. Religious fundamentalists often act outside of Governmental Law. And I really hope that not too much happens in United States. I really hope Gay Hate Crime does not spike.

Are we discriminating against Christian Families?

The thing that I don’t like about any religion is the right to tell other people what they can and can’t do. I mean what business is it of theirs if people want Gay Marriage? Stick to your own backyard and allow others to live the way they want.

That is what I say.

Gay sexual drive and emotional passion and committed devotion is…Natural. Having been an actor I have met plenty of beautiful people with sexual tastes different to mine. In fact I have seen the lust from one man to another occur in the young quite naturally.

NOBODY in their right mind, before today, would have chosen to be gay.

Christian fundamentalists saying they should stop and repent – is of course – ridiculous. It is intolerant. Further if you are not Gay, imagine growing up gay and being a Christian. You would feel overwhelming rejection by your own religion and perhaps have a deep seated loathing of the self. What are they meant to do go find someone of the opposite sex to fall in love with? How can you force someone to fall in love? Trust me. You can’t. I have tried. 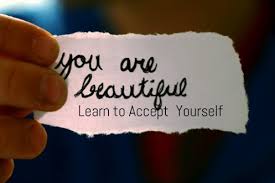 You can see it in a 13 yr old boy. What’s he meant to do? Get that stamped out of him? No way. We aren’t all the same so who said we have to be? We have to all live together in harmony on planet earth and this is step towards that. A step towards people thinking everyone is equal is a step towards PEACE.

Gay marriage should be fine – because it is their Life. No-one elses. Yes, a gay relationship may not be spawn children but that is changing too (adoption and surrogacy) and I don’t have a problem with that either. A loving home is the important thing.

This is in a way letting Gay people, literally, into the church. But marriage has legal ramifications that extend beyond religious practice. And because it has legal consequences, it must be extended to all couples.

People need to investigate humanity more. Share a little. Allow a little difference. Don’t tell people how they should live. Isn’t America and Australia (where I live) a DEMOCRACY?

Go the Mr & Mr’s and love the Mrs & Mrs and let people all be equal.

PS – If you want to check out my New Film. I play a gay man who falls out of himself and into the arms of a carpenter!

PrevPreviousBefore you go to L.A.
NextAre you willing to get your hands dirty?Next