All an Actor needs is Money

ALL AN ACTOR NEEDS IS MONEY

What an Actor needs more than anything else is money. Think about it. WE ARE ALL NOT WORKING!! Well nearly all of us. The most favourable and positive statistic that I have heard or read is this.

92% of actors are not working. 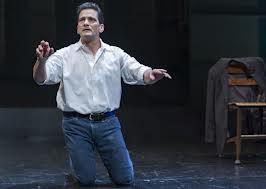 Now some people might say thats not so bad given its the best job in the world, but lets talk about the 8% for a moment. That figure does not reveal the true story. That 8%, those Actors tend to work continuously, while the other 92% never get a look in.

Its the same 8% that gets the work. The rest just never work. Or they get bits and bobs through the year. Maybe a commercial and a co-op play per year. Maybe a few days on a film set and then a month or two developing their craft in a play working for free. Thats it. Thats being an Actor.

Do you still want to be an Actor?

The trouble is and I feel this is the truth. Most people don’t choose acting, it chooses them. I remember my drama teacher saying if there is anything else you could do, please go do it now, because this is an impossible profession. Well, I didn’t. But not because I thought that It was going to be different for me, but because I couldn’t do anything else. Its just the way I was built. It gave me the juice to live. 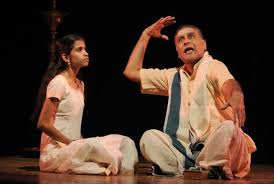 It totally pissed me off that Actors, serious actors, ones that have done the drama school, committed their whole life to it – suffer poverty or a modest living for most of their life. Why? All of these people have suffered enough and the principle problem for all is money.

For the statistics I mentioned above, I think it would be great if actors had a source of income that allowed them to act forever, in case they never made it. Which really is the case. Because most of us are going to fall into the 92% who can never live off it. We just get that one commercial (or corporate video) a year and the one co-op play. 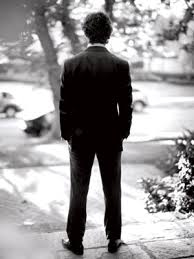 A young guy auditions for drama school many times and finally gets in. He does his 3 years and comes out to the industry. He gets a few episodes on a local TV show and he thinks he is on the right track. Then the work dries up and he settles into just being called in for commercials that he doesn’t get and few (1-2) Film and TV auditions a year. During this time he is campaigning hard to get a top agent. To get an audition at one the top theatre houses in the city. He never gets a break. All he gets is constant supply of rejection letters and emails. Then he holds on longer and longer..why? Because to pull out now is to make a total waste of the last 10 years he has been trying to be an actor.

And then his girl wants a baby. They have a baby and boom. He is suffering poverty and uncertainty and she says give up acting and go out and get a real job. He hits the employment circuit and he is pushing 40 and he has no experience or skills and no-one will touch him. He is forced into a low income career anyway. If he is lucky he gets help from his family to go back to University to get a teaching degree and he ends up a school teacher for the rest of his life. And a little alcohol is consumed on a regular basis.

Now what if he could have his own business that he could grow from earning a living, all the way up to a million dollars, through the years? And imagine if this business still allows him to audition and act in whatever capacity comes his way. If he gets 3 weeks on a film set he can walk away and go and act. When he comes back, it has still made money and is perfectly ready for him to put his energies back into it.

You see every actor needs a second string. And most actors don’t want to go into the corporate scene and suck up. Most don’t want to go open a cafe and have to be there day in day out after somehow getting a bank loan to start it. Well in 2014, there is an Another Option. Its called an Internet Marketing Business. It is something that can be started from under $1000 and can be give you something to grow for the rest of your life that can give you security.

It is run from a laptop. 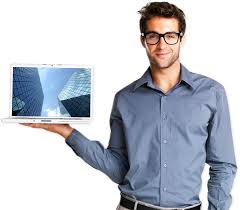 That same actor above, instead of ending up a school teacher (at best) has his own business that he can run on 2/3 hours per day and he can travel with it. He can take his laptop and travel to another city and audition. Or he can take his family away every school holidays and still work from the hotel. He can get a mortgage. He can live a normal life.

This opportunity has never before existed but thanks to the internet it does and it is available to anyone – even someone who has no experience.

If you are truly interested in having the kind of income all your school mates enjoy and still be an actor (regardless of whether you make it or not) click on the link below to find out more.

2 thoughts on “All an Actor needs is Money”