You Need To Decide To Succeed

You Need To Decide To Succeed

For sure you have thought about why some Actors make it and some don’t. Further, you’ve thought about sports people or politicians or musicans why they make it and why others fall into the MASSIVE category of also rans. Without getting into too much of The Secret, can you imagine yourself in the career of your dreams?

“In my mind, I’ve always been an A-list Hollywood superstar. You just didn’t know yet.” – Will Smith 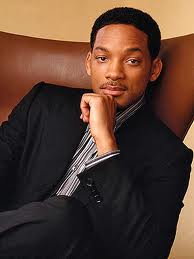 Will Smith actually said it. The secret to his success, was simply “deciding” that he wasn’t going to let anyone or anything stop him from having a career.It sounds so simple. And in many ways it is. We often find living our creative lives and accomplishing our goals to be a haphazard experience. This is partly due to our mind’s thousands of thoughts telling us we can’t have what we truly desire.

Our creation process becomes compromised because instead of aligning ourselves with our powerful intentions, we instead get sidetracked by our thoughts that run counter to them. Just because I have 70,000 thoughts a day, doesn’t mean most of them are real, beneficial, or supportive. In fact, most aren’t. And as we listen to the damaging noise in our left brains, we create unseen roadblocks on the paths we really want to be walking.

We neutralize our creative intentions by listening to the junk thoughts we tell ourselves. Disagree? Well how many people do you know that have problems talk about them all the time? YOU want an acting career then consciously create it in your mind.

“Just deciding” is an empowering way to change the dialogue in your head. Partly because it gives you a good kick in the ass to remind you what’s possible for you and that it’s up to you to get out there and start taking action. It’s also a confidence booster because you begin to realize that once you decide, there comes a sense of effortlessness. There is a sense of knowing that if it isn’t this agent or this manager or this girlfriend or this boyfriend that the right person you are meant to line up with is just around the corner. So you stop sweating the small stuff. You stop acting desperate. You stop having attachments. You let go. 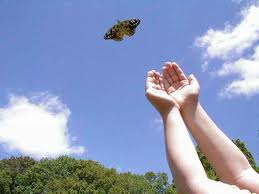 You deserve this for yourself. If you have been acting for 3-10 yrs, been trained, done plays and still have unrealised ambition. Then you deserve every day on that film set. You belong there.

So the real work is to become more mindful. Stop drinking the poison just because it’s offered to you by your lazy mind. The contrary thoughts you have about yourself are incompatible with the decision you made for yourself to “just decide.” So, ultimately, there’s no room for the two thoughts to co-exist.So which do you want to think about. Which gives you more joy? More empowerment? More confidence?

Our creative journeys aren’t just about what you are creating in three-dimensional space. They are really the journeys that take place within our heads.So next time you hear yourself saying something stupid, tell yourself, “I just decided. And there’s really no room for you too. You gotta go.”

This is for Actors because if you try to be one without some spiritual support you will either go crazy or give up. Do neither. Decide on your career and focus on it with a sense of peace and God-given entitlement.